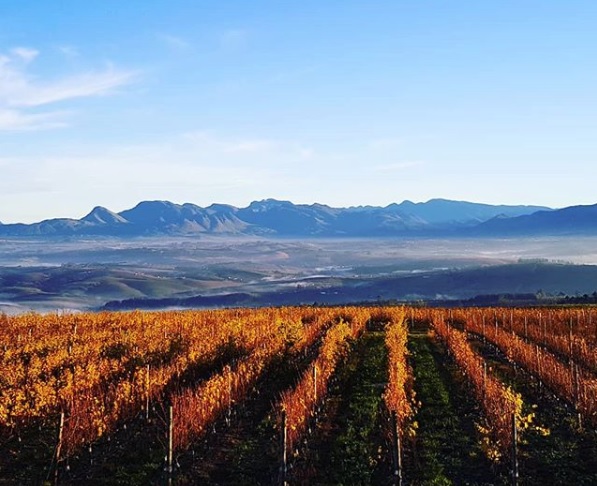 Visitors to Iona Wine Farm often speak of the road to get there. A long, dusty, rumble strip of winding curves, it carves its way through the Elgin valley, and up a hillside 420 metres to eventually reach the front door of a wine farm that by all rights should probably not even be there.

Known as the coolest wine farm in the valley, there is little doubt Iona has the climate for wine, but the story of how the acres of now established vineyard took shape among the fruit farms of the region is one of a rare kind of tenacity that perhaps not everyone can lay claim to.

Standing now in front of the fully refurbished Herbert Baker whitewashed homestead, Andrew Gunn can feel rightly proud of his achievements since he first arrived in this part of the world in 1997. Back then the Elgin Valley was all apple and pear orchards, where the rich fruits hanging thickly off the trees hid the dark secret that the farmers of the region were struggling.

I was convinced I could make a living farming fruit

“I was convinced I could make a living farming fruit,” says Gunn who explains the remoteness, and views of the Atlantic on the property had already convinced him that this was where he could make a life for himself, far from the bustle of big business in Gauteng where he had previously made a successful living.

“Little did I know the industry was approaching a severe downturn, interest rates were 23%, the market had been deregulated and British supermarkets were putting unrealistic quality pressure to bear on sellers and farmers alike. I faced the prospect of losing everything I had worked for,” he says.

He hadn’t arrived in Elgin with any particular plan. His journey into farming was, if he is to be believed something of a whim.

“It was 1996, and inspired by Nelson Mandela’s vision of the new South Africa, where all would work to together to make the country great. I decided to invest in something that I could do for the rest of my life,” he says. “I’d always loved the idea of being a farmer, having spent many holidays since I was 10 at Sunnyside Guest Farm near Clarens in the Eastern Free State, so when I saw a lime farm for sale in Franschhoek while reading a Financial Mail, I decided to investigate it”.

Franschoek was achingly hot on the day he visited, and the fact that he could see his neighbours was the final straw for the town, but not for his ambitions as a farmer. It was to take three more months and thirty more farms before he arrived at Geelbeksvlei, an apple farm surrounded by state forestry and with the nearest neighbour 6kms away, and knew he was home.

Just a few months later, a new farmer, and with the fruit industry crumbling around him Gunn made a decision that would not only shape the rest of his life, but also the future of the valley itself. While the rest of Elgin dug in to weather the bad storm around fruit Gunn was already thinking ahead.

Somewhere between Burgundy and Sancerre 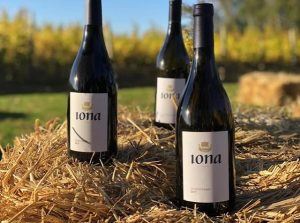 “Being an engineer I have always taken a pragmatic and analytical approach to business problems and whilst the only wine brand in Elgin at the time was Paul Cluver, I had been reading Jancis Robinson’s Oxford Companion to Wine which maintained that great wines are made in “cool to intermediate climatic conditions”,” he says.

“I put temperature loggers on the farm and over a three month period compared the hourly temperatures with a weather station in Grabouw to find that we were consistently lower at Iona. I extrapolated this information to create what I thought would be the long term climatic conditions on the farm. With the assistance of my uncle, a Professor of Geomorphology from England compared this to the great wine growing regions of the world. We came to the conclusion that our climate was somewhere between Burgundy and Sancerre in France where great Chardonnay, Pinot Noir and Sauvignon Blanc are grown.”

Armed with this information he was able to persuade Professor Eben Archer, then head of viticulture at Stellenbosch University, to help train staff, and plan and execute plantings and Iona was officially off the ground.

“Eben Archer passed away a few weeks ago but I will always appreciate the encouragement and support he gave us in our early days,” he says.

Those early plantings set the stage for the farm, which grows all the grapes it needs to produce the Chardonnay, Syrah, Pinot Noir, and red and white “One man band” blends the farm is known for.

When pressed Andrew is hesitant to pick a favourite saying, “I have five children and I love them all, so it’s like asking me what my favourite child is and that depends on how they are behaving at the time”, before admitting he hopes his last glass of wine is one of the Chardonnay.

Important for the vine

With a philosophy guided by the principle that he and his family don’t own the land, but are mere custodians of it for a short time and should try and leave it in a better place than they found it. Iona, named after the island off the West Coast of Scotland, where Andrew’s ancestors called home, is a farm committed to sustainable farming. To this end, they have eliminated Glysophate as a control for weeds and have ordered a mechanical device from Germany to assist with the weeding, “as it is impossible to get through all the vineyards by hand”.

“Healthy, alive soils are so important for the vine and at Iona we focus on natural practices as far as possible which includes not using insecticides or herbicides. We don’t use synthetic fertilisers and have a herd of eighteen Hereford cattle on the farm, using the dung to make our own compost,” he says.

Now investing in solar panels to remove reliance on the grid and acquiring a new oscillating grape de-stemmer and press which will result in “less phenolic juice and a purer wine”, the farm is going strong with distribution deals through some of the largest retailers in the country, but for much of those early years, it was extremely touch-and-go.

“We built the business up from scratch and I underestimated the amount of capital needed to start a wine business. The investment in infrastructure (we have housing for 20 families), vineyards, wine cellar, stock and debtors is significant and the margins are low. When I started in 1997 interest rates were 25% and there were times when I thought we wouldn’t make it,” he says casually adding that it was twelve years before Iona started to make any profit. “It was my sole endeavour, I didn’t have a back door and had no option but to succeed.”

Since Iona’s first steps into viticulture, the Elgin valley has become host to a number of other wine farms including Shannon, Oneiric and Highland’s Road and is now a recognised wine destination.

Before that happened Gunn met and married Rozy a sheep farmer’s daughter from the Karoo whose childhood practical knowledge and the creativity of her life as a sculptor made her both an excellent partner and perfect asset for a wine farm.

“She has a real affinity and sympathy for nature and this is expressed in all she does, from being a mother, wife, partner and farmer,” he says. “She continues to give me a balanced view and perspective of what is really important in life, which is not striving for material possessions.”

The pair can often be seen on the farm, eating meals together, or strolling the land with their dogs, truly enjoying the rewards of the hard work put in over the early years. As a fan of golf and “cars of all descriptions” one can’t help but feel Andrew is finally living the life he imagined when first he set eyes on the Atlantic ocean from the then ramshackle stoep of the homestead.

“I love what I do, I am adopting more of an executive chairman’s role now and have the most wonderful team of young, energetic, people in the Iona Family who all contribute to our success,” he says while also revealing that he is well aware of just how fortunate he is.

“We live in the most beautiful place and feel very privileged to have an endeavour that I can continue to mentor and be part of well into my dotage,” he adds, explaining that he hopes too to spend more time “as a privileged South African” to contribute to changing the lives of those who have had less opportunity.

Given all this, it’s therefore unsurprising that he has no regrets.

“Some things happened that were out of my control which resulted in new directions and opportunities, but largely, decisions have consequences and if we grow and become wiser from them, life can only get better.” 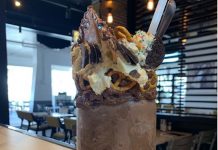 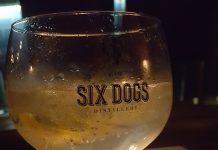 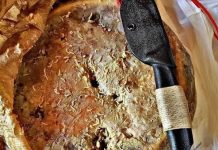 The most beautiful views in Stellenbosch